Shiksha Mandal is a century-old institution based at Wardha, the undeclared capital of pre-independence India. Founded by Shri Jamnalal Bajaj, it was deeply influenced by freedom struggle and Gandhiji. Its faculty and students were involved in the freedom movement and one of its institutions was closed by the British. The nation’s first education conference was held in Shiksha Mandal in 1937 and was presided over by Gandhiji.

At Shiksha Mandal, No meritorious student is denied admission for want of means. A letter from such a student: Click here


Jankidevi Bajaj Gram Vikas Sanstha is a Bajaj trust, of which Shri Sanjay Bhargava, Chairman, Shiksha Mandal, is a Trustee. He is also responsible for JBGVS activities at Wardha. Danapur is a village 45kms from Wardha. Each year half the village migrates with its cattle for want of water. JBGVS has built 2 barrages to store over 50 lac litres of water, in just 4 weeks at a cost of Rs 25 lacs.This year the village will not migrate.In its design faculty from Shiksha Mandal were involved. Such projects would deliver social benefits and build capabilities of Shiksha Mandal faculty and students and make them better human beings. For they would design and supervise future such projects. 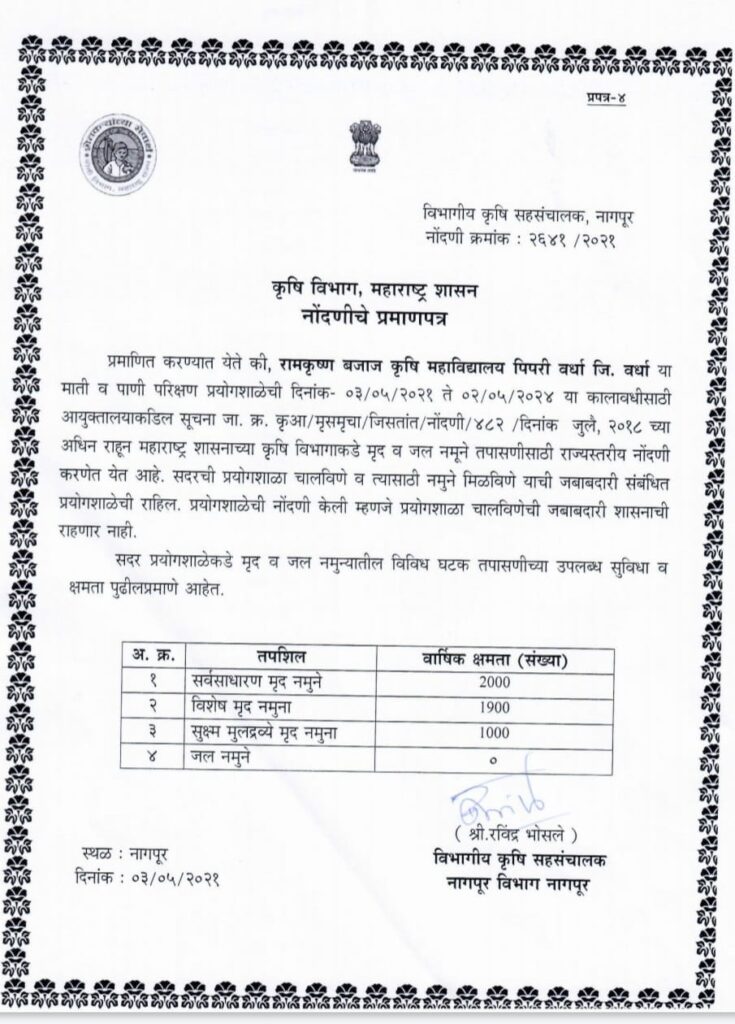 Shiksha Mandal's Ramkrishna Bajaj College of Agriculture, Wardha becomes the only agricultural college to be approved by the Government to do soil testing and issue SOIL HEALTH CARDS to farmers.

This is because of its facilities, which include a Rs 8 Lac Atomic Absorption Spectrophotometer, the fact that it has been doing soil testing for farmers and the quality of its people.

Soil health cards besides being useful information are mandatory for a number of benefits to farmers. Now they would get correct reports quickly.